The negative content of stereotypes as well as negative attitudes towards strangers, minorities, out-groups, or towards diversity and change in general are typically explained by motivational or emotional forces. In contrast, I present a framework that explains the formation of these and other typical attitude biases as rather innocent byproducts of cognitive principles of information processing. Accordingly, attitude formation is guided by differentiation, meaning that it primarily relies on distinct attributes that differentiate a given attitude object from already known ones. Distinct attributes however, are usually negative. Because negative attributes are rare and highly diverse, they are overrepresented among distinct attributes. Consequently, attitudes about “novel” persons and groups such as strangers, refugees, minorities, or out-groups can be expected to be negatively biased. In addition, assuming that stereotypes describe attributes that differentiate a given group from other groups, most stereotypes can be expected to be negative. Finally, the present framework also predicts typical self-superiority effects and a general negative attitude towards change (“status-quo-bias”). In sum, the present work suggests that differentiation – an innocent principle of information processing – often results in the formation of negatively biased attitudes, because what differentiates a person or group from the population background is usually negative. 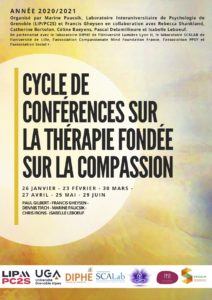